My name is Lorraine Reguly and I am an author, a teacher, an editor, and a blogger. I’ve always been encouraged is to pursue a career in the writing field, and I finally am doing just that. In this post, you’re going to learn about Lorraine the writer.

(I’m also a freelancer for hire.)

A Brief Rundown of My Writing Experience

I’ve always enjoyed writing. I have written a plethora of different things over the years, including diaries/journals, essays, short stories, speeches, articles, poetry, songs, letters-to-the-editor of local daily and monthly newspapers, plus more. When I finally purchased a laptop that worked (as opposed to owning a computer from the dinosaur ages), I began blogging, creating more works of writing.

It gave me the confidence I previously lacked. (My issues with depression and suicide spilled over to affect other areas of my life.)

Blogging allowed me to connect with others and be part of a community I love.

It taught me that non-techies such as myself can survive in a technological world. (I fought it for as long as I could… but as the saying goes, “If you can’t beat ’em, join ’em.“)

Most importantly, it provided me with an opportunity to begin a second career and start a business.

Using the talents and some of the knowledge from my first one – teaching – I am now a freelance writer and editor. As of June 28th – or July 1st – depending on how you look at it, I’m also a self-published author. 🙂

How Did I Become A Self-Published Author? 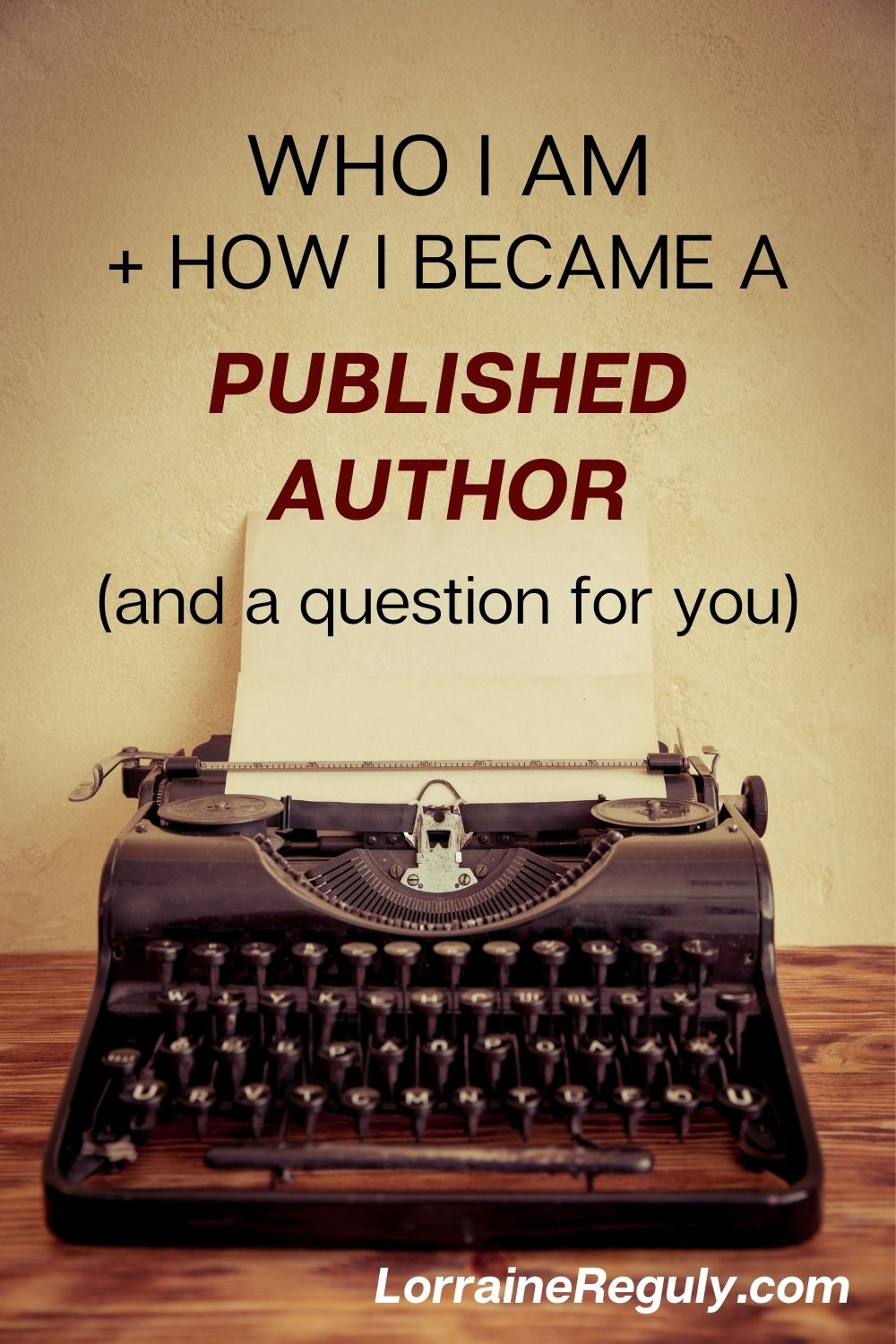 First of all, I learned what self-publishing was all about. I interviewed Melissa Bowersock in a tell-all interview (a tell-all about self-publishing, not about the author herself) and read just about every blog post and article I could on the subject of self-publishing. Secondly, I contacted other authors, sought guidance from them, listened to their advice, and discovered that I really, really liked the whole idea of becoming an indie author because of the freedoms it offers.

Once I had a plan to publish my book on Amazon and then on Smashwords (which I still haven’t done yet), I then began typing my stories into my computer.

I knew I’d need feedback before they were ready for the world to see, so I found four excellent beta readers to critique my work.

When I received feedback, the editing began.

I edited my stories, incorporating the suggestions I received. When I thought my manuscript was world-ready, I printed out a copy for my parents to read. My father found one thing that needed changing and my mother found another two. Grr. To make things worse, I decided to change a few more sentences of the first story, and a few more in the next.

If you have money to spend, finding a cover designer is easy. If you are on a budget, it’s a lot tougher!

I was on a budget and so attempted to get a cover designed for free.

I have a graphic designer who is doing my ebook cover. Actually, in a weird turn of events, I now have TWO! (This resulted from the catastrophe I had with my experience with mass emailing. One person on my email list is a designer, and she did a quick mock-up of a cover for me, to illustrate HER talents.

All of them can be seen in the post Meet My Ebook Team, Learn About Publishing, and Vote on My Ebook Cover!

The final three covers were these ones:

I decided to go with the last one, but when I contacted the designer, she had changed her mind!

I was back at “square one.”

Here is what happened next: I tried designing one myself! When I asked for some feedback from my Facebook friends, I then had another lady offer to help me (for a small fee). And another (for a slightly larger fee).

Finally, I wrote another blog post – A Sneak Peek: Which Ebook Cover Is the Best? – and asked for my readers’ opinions.

The response was overwhelming. Everyone voted for this one!

When I was positive my document was perfect, I tried to format it, using the guidelines Amazon provides. What a headache I got! I’m a self-proclaimed non-techie, so this was frustrating. Then I remembered I had joined a Facebook group for indie authors, so I visited the group and asked a question about formatting, having forgotten to whom I was referred months before.

Trusting someone you don’t know is tough, too, and when several different names were bandied about (one from a guy who told me to email him my book, who, minutes later, informed me he would have limited internet access the next few days), I finally received an offer from Rich Meyer himself. When he sent me to his formatting site, I knew immediately that he was the guy to use, as Rich was the man who was recommended to me earlier in the year! (Rich is pretty well-known in the indie world. He also accepts book review requests.)

With Rich’s help, I was able to get my book up on Amazon rather quickly, and published my first edition on June 28th, 2014. I then decided to make my poem part of the “Note from the Author,” and so decided to add the text instead of having just a link to the poem. I wanted to make sure this poem was accessible to everyone. However, because I made this change, I had to re-publish it with a new ISBN. That is why there is a second edition of Risky Issues, published on July 1, 2014.

Although I’ve outlined each individual step in Steps I Took To Self-Publish My Book, I wanted to mention them again here to remind myself (and you) of the amount of work there is to self-publishing. I’m still not finished with this first venture, as I’m currently in the process of getting an ITIN so that I can print my book using CreateSpace – and not be taxed to the max. (See CreateSpace and Taxation Information for more info.) It’s mandatory for Canadians to follow Legal Deposit procedures, so that’s one of the reasons why I need a printed version.

…because I’m a Canadian author, I have to submit my book to the Library and Archives Canada.

Apparently it’s against the law if I don’t!

They call it Legal Deposit.

I mentioned this already, on my other site, but it bears repeating.

In fact, I ended up writing an entire post about Legal Deposit.

The other reason I need a print book is because Goodreads requires one in order to hold a giveaway. I mentioned this in a guest post on Indies Unlimited, The Good and the Bad of Being a First-Time Self-Published Author.

Now that I’ve gone through this process once, I know the steps to take for my next book, Letters to Julian, which is scheduled to come out in December of this year. (*fingers crossed*)

Letters to Julian is a series of letters I’ve written to my son throughout his lifetime.

Hopefully my publishing process will go a bit more smoothly this time!

I’m looking for beta readers for this book. If you would like to be one, let me know! It’ll take me a couple of months to get it all together, but I’m asking now…

Are you in the middle of publishing your first book?

What problems did you encounter when publishing your books?

I’d love to hear from you!

Some Fun Stuff for YOU

FYI, here is a cool site to help motivate you to write. https://750words.com/

Enjoy your writing process, and your day! 🙂 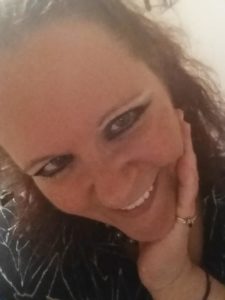 FROM NOPE TO HOPE 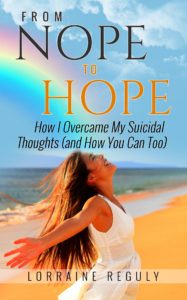 Risky Issues is on Amazon!

Get your FREE GIFT right HERE! I have a FREE GIFT for you: 10 Stimulating Story Starts + A Bonus Short Story! Want it? If so, fill out the form below and it's yours. It'll ignite your creative spark and provide you with some entertainment, too!
By subscribing to my list, you agree to allow me to email me your free e-book as well as join my email subscriber list. You are free to unsubscribe at any time. You might also want to read my privacy policy.